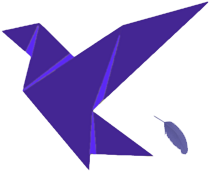 This paper addresses the phenomenon of “city branding”; in other words, the increasing iconification and reification of cities as marketed products, something which I studied extensively as part of my MSc in City Planning and Regeneration. This is a topic I personally find fascinating; and Spanish cities, Barcelona and Bilbao in particular, feature prominently in the international academic literature.

Icons bestow a sense of emotional, social and symbolic meaning; they are visual stamps that seek to become imprinted in the mind of the consumer (Andrade, 2008:101). For this reason, icons, as powerful visual devices, are one of the principal tools used to promote cities, whether or not they become incorporated into official city logos.

In contemporary culture, there is an unmistakable leaning towards “iconification”, which reflects a tendency to reduce complex ideas and constructs to simple visual symbols. Icons are graphic simplifications which both distil and dilute meanings; strikingly, they are simultaneously unique and repetitive, functioning as clichés, and are easily propagated through the media (Ethington & Schwartz, 2006).

The conceptual basis for an icon is the similarity between its form and that that of the object represented. In cities, the primary function of icons is to allow the complexity of the urban experience to be transformed into knowledge and meaning through representations. Icons facilitate a connection between physical space and the ideas and perceptions which are ascribed to it; they synthesise the city while adding to its material form, and feed new kinds of meanings, both multiple and mutable, into constructs of the city. These meanings often transcend the local sphere, making the city available for cultural construction on many different levels – national, global, religious, ideological, personal, commercial and emotional. Icons deftly capture the attention of the observer, striving to attract the interest of even the most indifferent public, and as such they are expressions of the time and place in which they are located; even if they are often reinterpretations of elements from the past (Ethington, P & Scwartz, V., 2006).

Cities have been endowed with iconic elements for many centuries (Favro, D., 2006), and these have most commonly taken architectural or monument form, as these tend to be the most distinctive physical features of cities. In the past, churches and cathedrals served as urban landmarks, their towers providing reference points for inhabitants and visitors (Fanjul, 2009: 202), but in the context of the contemporary city the identification of the most suitable icons has become more complex, as icons are required to carry new meanings associated with modernity. Thus over the course of the last few decades we have seen a rush among cities to identify and reclaim iconic elements which can be integrated into the new image which they wish to promote. The aim is to find local symbols which, being unique, can help cities to distinguish themselves from others while also having sufficient impact to allow the city to compete in the global market. However, those icons which are associated with the city’s history and heritage sometimes carry residual meanings from the past that are seen as obstacles to be overcome, and so new creations are set against them, in an attempt to make a definitive break with the past and create a new focus around an image of modernity and efficiency (Luna-Garcia, A, 2007).

Whatever the origins of icons might be, cities that make effective use of them are in a stronger position to promote their brand in a competitive arena. Certain large cities possess historic monuments with huge international impact, like Rome’s Colosseum or Paris’s Eiffel Tower, which today are still capable of embodying the necessary meanings and values to strengthen the appeal of their locations and enlist this appeal into the service of urban marketing.  In cities like these, icons undeniably serve as a kind of bait to lure in visitors and, by offering the possibility of reducing the city to a single element which can be made sense of through souvenirs, they help tourists to codify their experience of the city, decide what to visit, and overcome cultural and linguistic barriers (Luna-Garcia, A., 2007: 145).

In Spain, there are a number of cities which have managed to make successful use of urban icons- Barcelona and Bilbao being the most prominent examples. The iconic role of the Antonio Gaudi’s Sagrada Familia in Barcelona, the city’s most visited attraction and most universal symbol, is indisputable.27 More recently, the Torre Agbar, completed in 2004, designed by Jean Novel and owned by the Barcelona water company Aigües de Barcelona, has over the last few years been adopted as a definitive urban icon, a symbol of modernity and economic prosperity and a “referential landmark of Barcalona’s identity” (Gaona C., 2007:187). Torre Agbar is considered to represent the economic triumph of the company it houses, as well as a triumph of the use of new technologies in architecture. Although the people of Barcelona were at first either hostile or indifferent to the tower, it was eventually accepted as a “distinguishing landmark of Barcelona’s identity”, and undoubtedly the key to this change in perception was the role played by publicity and the media (ibid.:180).

In Bilbao, the so-called “Guggenheim effect” is Spain’s most celebrated example of the use of contemporary architecture for the creation of urban icons. There is no question that Frank Gehry’s museum, officially opened in 1997, is the definitive symbol of the process of urban renewal in Bilbao, and of its success in joining the competitive league of cities which are recognised the world over by the images that they project (López, S., 2007).

In these examples and in many more, contemporary “designer” architecture has become a key mechanism for the creation of icons that serve to represent the city at both a local and, more importantly, a global level. Ideally, these icons embody an image that can be easily communicated through the media and incorporated into the city’s brand. To achieve this, new buildings which are conceived specifically as emblems and publicity devices must achieve “ever more spectacular designs in which functionality gives way to aesthetics” (Naranjo, E., 2011: 97).

Once again, the city of Barcelona is a standard-bearer for this strategy, with the construction in recent years of a number of high-impact buildings designed by architects of international prestige, all competing for the status of new urban icons. We see this with the new headquarters of Gas Natural, built in 2007 to a design by Enric Miralles; W Barcelona, popularly known as the Hotel Vela, designed by Ricardo Bofill and built in the Port of Barcelona in 2009; Dominique Perrault’s 2008 design for the Habitat Group; the Hotel Porta Fira (2010) designed by Toyo Ito (these last three examples are currently all hotels); and the Sagrera Tower by Frank Gehry, which is still under construction at the time of writing.

Many examples of contemporary urban architecture that aspire to become icons are extremely tall buildings which dominate the urban skyline. Indeed, the skyscraper is one of the most successful architectural forms of the 21st century, considered to be indicative of economic power and performing “aesthetic, iconic and publicity functions”; symbolical possibilities which add support to its supposed economic efficiency and profitability as the main arguments in its favour (Morales, M.C. 2007:135).

Some authors, however, question the soundness of using designer buildings as the basis for urban iconography, given that they may not offer longevity and could quite possibly become obsolete within a relatively short period; clearly a weakness in terms of their usefulness in the long-term quest to construct a definitive image of the city. This is one of the great risks of what architect Carlos Ferrater has described as “franchise architecture” [1] – architecture which has little connection to its location and which could easily belong to any city in the world.28 Both this interchangeability and a failure to accommodate to the local setting ought to be the primary causes for reflection with respect to contemporary iconic buildings, given that their ubiquity is in danger of detracting from the values which they were originally intended to represent.

In this respect, one might wonder whether certain of these works, widely recognised as urban icons, do indeed serve to champion the local and place it within a global context, and if they have lasting value as part of the city brand, given that their very success in inserting themselves into very different cultural contexts is predicated on the fact that they are fundamentally disconnected from the rest of the city.  Even the architect Jean Nouvel himself, recognised as a leading light of high-impact, media-friendly contemporary design, has argued for the need to think carefully about “parachuted buildings”, which are plonked down unthinkingly without regard for location.29

[1]: The phrase “franchise architecture”, while it may sound like a calque, is fairly widely used in this context in English.