I’m a translator, proofreader and writer, native to Scotland and now based in Faringdon in Oxfordshire. I became a translator because I love languages, writing and musing over ideas and meanings, and now I spend all day happily immersed in the world of words. I absolutely love my work and I hope that devotion sparkles through in the high standards of work and service that Tinta Viva offers. 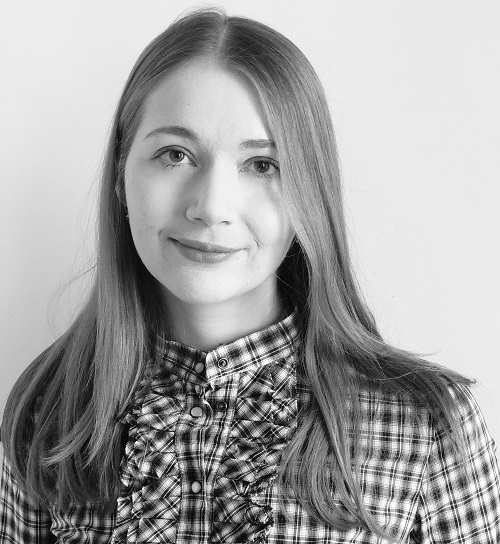 I have always loved languages, reading and writing, and from the moment I was given an old and unwanted typewriter at the age of five I imagined myself writing novels one day. Learning foreign languages was a passion I discovered at school, and it has never left me. As a teenager and student, I took many evening and weekend classes in both French and Spanish, and harboured an audacious ambition to become truly fluent in as many languages as I could. I later studied Spanish in the beautiful cities of Granada (still one of my favourite places in the world) and Salamanca, and developed a great appreciation for Spanish culture and urban life.

Other interests, namely in environmental policy, international development and the design and culture of cities were to claim my attention at the University of Cambridge and later the University of Glasgow, but languages, particularly French and Spanish, were under my skin. I continued my linguistic education alongside my degree courses, my time working in London as a social researcher and after moving to Oxford where I became a development manager for one of Oxford University’s oldest Colleges. While these were very interesting and stimulating environments in which to work, I increasingly came to see languages and writing as my real vocation.

Still working full-time, I began preparing for the Chartered Institute of Linguists’ Diploma in Translation, found that I enjoyed it immensely, and was thrilled when I passed all three papers in the first sitting. In 2015 I decided to bring together my passion for languages and writing with my other enthusiasms, and so Tinta Viva Translation sprang into life.

I now live and work in Faringdon, Oxfordshire, and when not translating, writing (my dreams of literary glory not entirely forgotten) or reading I enjoy the cinema, playing the piano and keeping fit. I try to spend at least some time every year in France and Spain, and enjoy keeping up with developments in European politics and culture through the international press, radio and TV.

I am a Chartered Linguist and a Full Member of the Chartered Institute of Linguists (CIoL) and the Institute of Translation and Interpreting (ITI). Both organisations have a Code of Professional Conduct to which their members are bound.

Knowledge and expertise are the foundation of good translation, and I continually invest in learning and training to ensure that mine are kept right up to date. Between time spent in-country to conferences, certified training, MOOCS and reading, I make sure that I’m always reinforcing and deepening both my core linguistic skills and my understanding of my specialist fields. I’m very happy to share my CPD record and certifications on request.